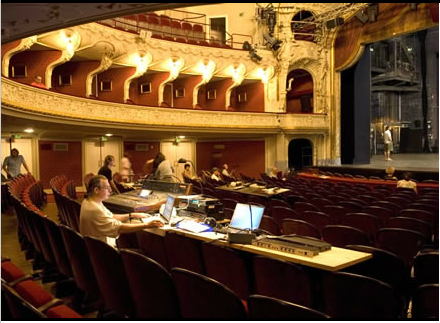 Hellbrunn Palace is one of the venues for the festival.

The Salzburg Festival is often described as the greatest and most important festival in the world, and this reputation is confirmed by countless superlatives: witness the number of performances and of annual visitors, or the wide-ranging programme.  Conductors, stage-directors, orchestras, singers, actors and virtuoso instrumentalists of world renown can be seen and heard in July and August in the town on the river Salzach. Even the most eminent opera stars come together here to rehearse productions intensively for several weeks, thereby fulfilling the creed of the Salzburg Festival as it was originally envisioned by Hugo von Hofmannsthal, one of the Festival’s founding fathers: “Dramatic play-acting in the strongest sense is our intention; routine, run-of-the-mill performances have no place here.”

Although it is too late to book tickets online, they can be obtained at the Festival Ticket Office:

You’ll want to book your hotel as early as possible, because this event is internationally famous. Check this link for hotels in Salzburg.

The festival may be the event of a lifetime, but that doesn’t mean you can’t also enjoy more of what the city and region has to offer. We’ve always loved our visits to Salzburg, and why not? Just look at the list of tours currently available! If you would like to go a bit further afield, visit Kehlsteinhaus, better known as Hitler’s retreat, the Eagles Nest, on this half-day trip to Bavaria. You will journey through spectacular scenery along the Konigsee River Valley and the Bavarian Alps, before arriving at Obersalzberg.  We visited Kehlsteinhaus recently and found it a fascinating insight into the events of the time.