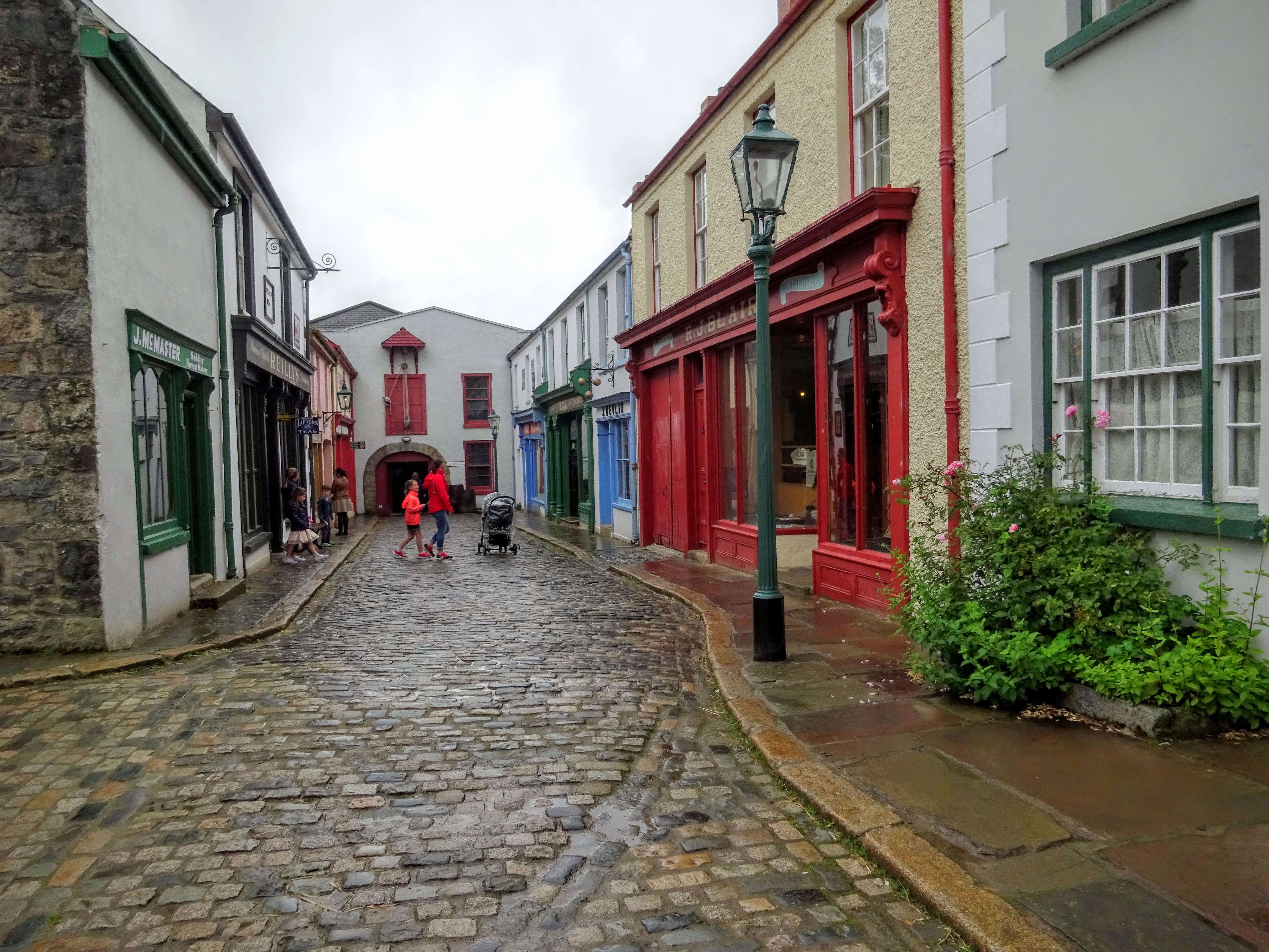 We had planned to visit the Ulster-American Folk Park, near Omagh, Northern Ireland, and spend some time in their genealogy centre checking on Irish roots, but when we arrived, on a Sunday, we learned the centre is closed on Sundays.  However, our disappointment was short lived as we started to explore this fantastic park that highlights the history of Irish emigration to America from the 17th Century onward. In addition to interesting exhibits inside the museum, the grounds house an extensive open-air museum, all built around the Irish home of the Mellon family, birthplace of Thomas Mellon, who went on to found Mellon Bank and become a major figure in American history.

Many other buildings of the era were disassembled, brought to the Park and reassembled, providing a sober and most interesting view of what life was like during those days. Suffice it to say that it was immediately evident why these downtrodden people chose to leave Ireland in search for what they hoped, at least, would be greener pastures.

This is a top-notch attraction, and if you are interested in the history of this period, we recommend arriving early.  We ran out of time without even being able to trace any roots, which will be the subject of another visit at a later time.

Find the best deal, compare prices, and read what other travelers have to say at TripAdvisor

The Ulster-American Folk Park is located off the A32 about 26 miles northeast of Enniskillen.