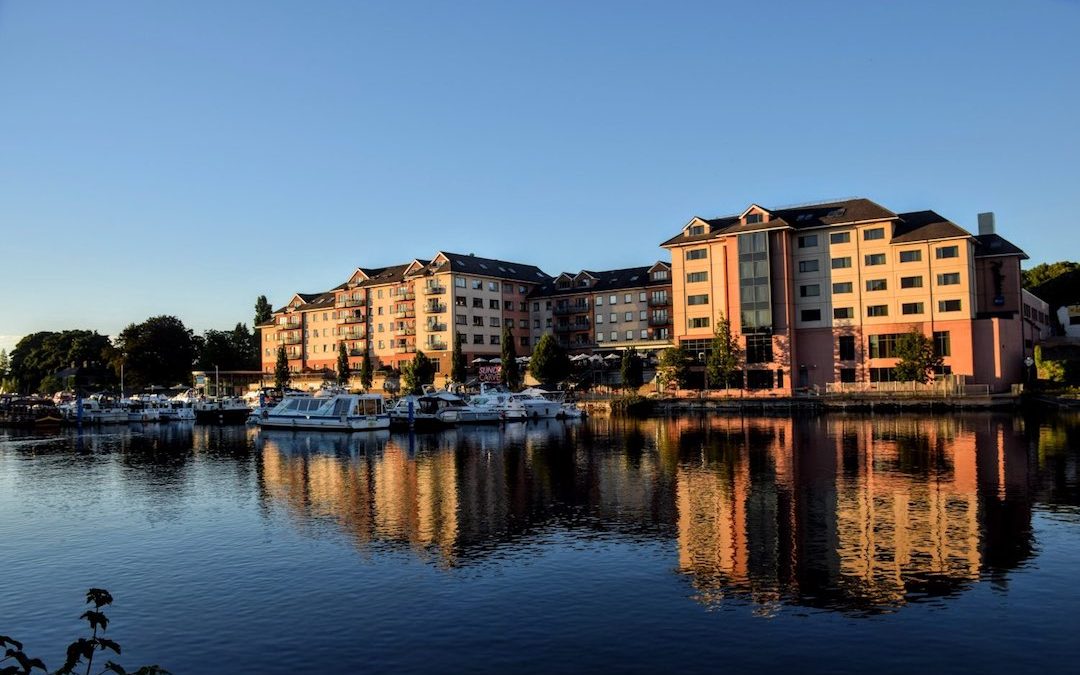 We would have never believed that we would be seeking an air-conditioned hotel in Ireland – ever! But with temperatures climbing to 27ºC/81ºF, we were wishing for one. There weren’t any, of course, or at least if they were, we were not in one, but the Radisson Blu Hotel in Athlone did have air conditioning on the main level at least. We arrived toward the end of the day when they were having a cookout on the deck overlooking the river. It looked lovely, with all sorts of grills, salads and other goodies.

Our room, sans a/c, was still quite comfortable, and there was a large window we were able to open in the evening to cool things off. The bed was not sumptuous, but it was comfortable enough for a good night’s sleep. However the television set was the old type, and reception was terrible. We reported this and were told a technician would take care of it, but it remained almost unwatchable.

The breakfast buffet was somewhat disorganised but very complete, with pretty much anything one would want on offer. Nothing was cooked to order, so one had to watch to see when the fresh eggs were brought out, but for such a large hotel this is not too unusual.

Find the best deal, compare prices, and read what other travelers have to say at TripAdvisor