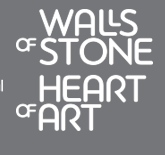 One of the great European cultural festivals, the Dubrovnik Summer Festival, is coming up this week, 10th July through 25th August, 2015. In addition to a great festival, what better place could you find to visit but the beautiful city of Dubrovnik, with its UNESCO-listed Old Town and city walls?

It was at the beginning of the 50s, when there were many theatrical and musical events springing up all over Europe, that the Dubrovnik Summer Festival was founded. However, the idea of harmonising the renaissance and baroque atmosphere of Dubrovnik and the living spirit of drama and music, actually derived from the intellectual way of life of the city itself, from its living creative tradition, which has bestowed upon Croatian cultural and scholarly history, especially in theatre and literature, many great names and works, and kept it continually in touch with contemporary currents in western Europe.

First things first, you’ll need to get a head start on a hotel, so take a look at our list of Dubrovnik hotels.

We’ve visited Dubrovnik on several occasions and always found it an interesting and exciting city, exuding history and culture at every turn. There’s lots to do, from the exclusive Game of Thrones Walking Tour to the new Island Hopping Cruise and Lunch tour and almost anything in between as proven by this long list of tours and excursions.

Be sure to let us know how you like Dubrovnik by leaving a comment on Savvy Traveler Facebook Page. That’s enjoying your trip The Savvy Traveler way!

For more details on the festival itself, be sure to visit the festival website at http://www.dubrovnik-festival.hr/en/.